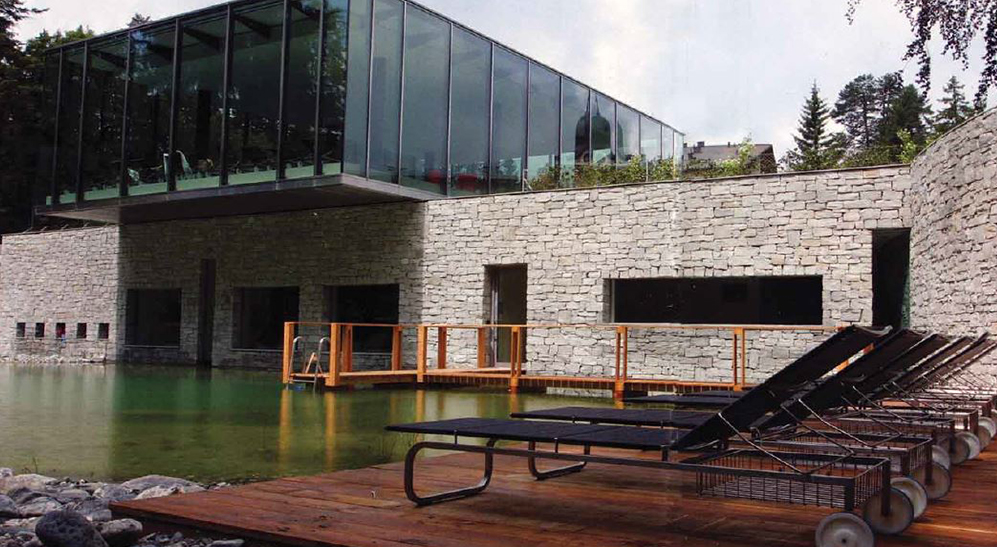 The Waldhaus Flims is a five-star hotel in Flims, a holiday village west of Chur in the eastern Swiss canton of Graubünden / Grisons. The hotel was founded in 1877 as “Hotel Waldhaus” at a time when the tourism potential of the Swiss Alps was growing in the industry. In 2008, following a major construction program, the Waldhaus Hotel was renamed “Waldhaus Flims Mountain Resort & Spa”. An extensive construction took place between 2003 and 2005: Villa Silvana was completely renovated. The 1967 indoor pool was demolished and its function was replaced by a new Center dedicated to swimming and wellness, all in glass. The architects were Hans Peter Fontana from Flims and Pia Schmid from Zurich. The old pavilion terrace has been recreated, together with the Jugendstil (Art nouveau) features of the entrance hall and reception. On the site of the old laundry, another block of holiday apartments called “Wald Park” was built. Two other blocks, called “Ententeich” and “La Cauma”, were added later between 2005 and 2007. 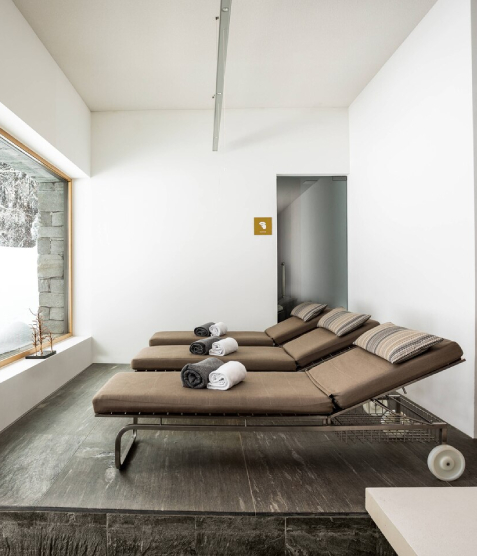 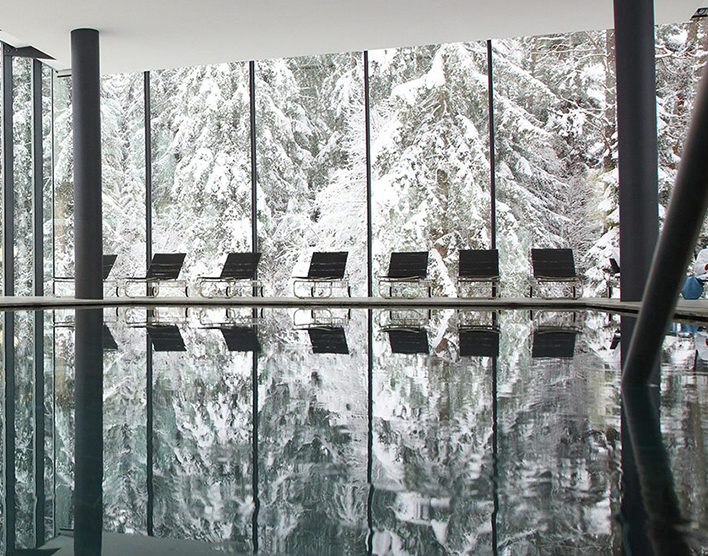 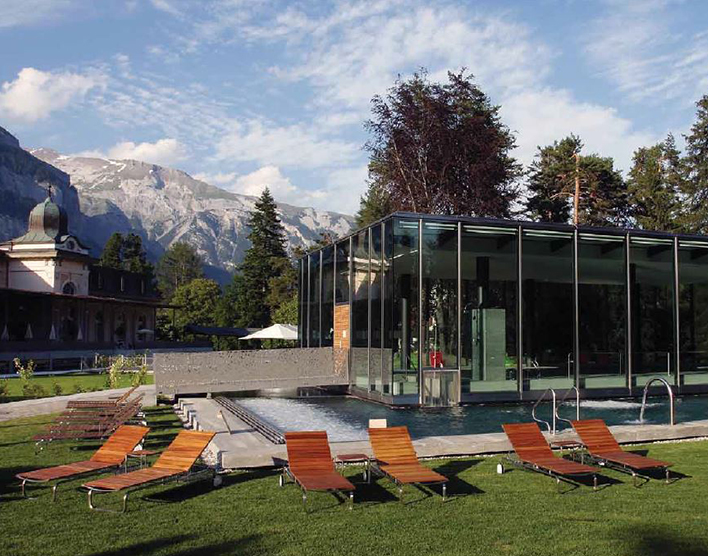 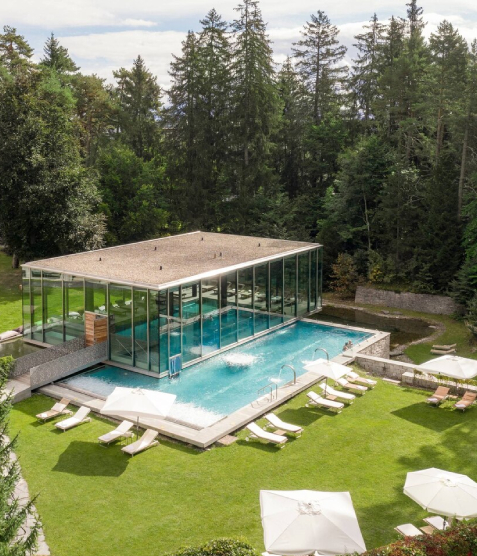 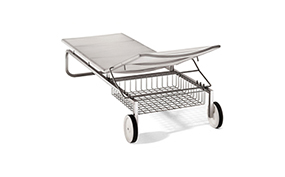